The day began with roosters crowing, brilliant sun cresting the Tuscan hilltops, and a density of fog collected on the valley floors. Over swirling cappuccini, we were delighted to watch the day arrive from our hotel balcony in Montalcino. The day previously, my husband had emailed Luca in a panic about potential washout—the local rivers were running high and muddy because of torrential rain. “Don’t worry,” he replied knowingly, “the fish will be rising to the dry fly.” And so we began our Italian fishing adventure on the Tevere (Tiber River).

Bundled into our little Fiat, we raced toward Umbria along small back roads flanked by dew-pearled spider webs and staid rows of cypress. We reached our predestined meeting spot in Sansepolcro to find a great bear of a man awaiting us with a smile and twinkling eyes–Luca Castellani. After a quick purchasing of licenses and a round of espressos thrown back, we were off!

Meeting Luca had been months in coming. I contacted him after reading about his accolades on online fishing boards. Not only was he highly recommended by fellow international anglers, but he had the credentials to match, having been Fly Fisher of the year in 2007. What drew me most to him, however, were his founding and longstanding conservation efforts of the headwaters of the Tiber. Our emailed conversations were always amiable and informative, full of thoughtful options for fishing locations and when best to start the day. Fortunately, being early September, there was no impetus to be riverside predawn.

After bumping along in Luca’s van past autumnal fields, we arrived to our first stop on the tailwaters of the Tevere. Donning Luca’s Orivs waders and armed with his rods, we clomped down to the river, accompanied by the scent of wild mint crushed underfoot. The river was beautiful: its banks were crowded with poplar and willow, and a fine mist shrouded the glassy surface. The water was clear in the shallows, fading to a milky green-turquoise in the depths.

Given his level of experience, my husband was set up with a few flies and left to work a large pool in front of a spillway. Within the hour he had landed a couple of modest browns. Ciao piccola, smiled Luca, as they were released.

Upriver, Luca and I worked a few pools and shoots, without avail. This due in no small part to my rusty casting, which had been underutilized all summer. Over time, with gentle coaching and quiet bravas and perfettos, my aim aligned and presentation improved. Still, after several flies and no hits, it was time to bring out Luca’s secret weapon, the SPF—the Sh**ty Pink Fly. I took a look at this foam Chernobyl ant–essentially piece of pink foam with dangly legs strapped to the hook–and laughed. I envisioned my husband hunched over his fly tying bench, feathers and fur and wire at the ready, meticulously replicating an insect in this or that stage of its entomological lifecycle. Despite the SPF resembling no creature known to man, Luca assured me that the trout here found it irresistible. He tried it out and within minutes landed a fat brown. I was ready to get back out on the water with it, but it was time for lunch.

At a café, over bright salads, plates of savory salumi and cheeses, and crisp white wine, we talked to Luca about his fly fishing history. He recounted that as a younger man, he and his friends would frequently pile into a car on Friday afternoons to fish nonstop over the weekend in Slovenia, arriving back for work early Monday mornings. In 2000, he and some friends decided to bring the fishing closer to home. At the time, local fly fishing was essentially nonexistent, due to river abstraction. He co-founded the Mosca Club Altotevere, a fly fishing club proactive in the ecosystem restoration and preservation of the upper Tevere. In partnership with the local government, the club worked to have the tail waters downstream of the Montedoglio reservoir protected, with the institution of a steady flow rate from the dam, ensuring consistently cool, clean waters year-round. After the club reintroduced graylings and brown trout some 10 years ago, the fish almost immediately began reproducing naturally among a bounty of returning insects. This protected stretch of the tailwaters of the Tevere has become an exemplar in river recovery and revitalization, and an attraction to anglers worldwide.

Given the frequent and massive hatches and modest fishing pressure, these trout were also picky. After lunch, Luca returned us to a pool downstream, where lurking along a wall was a beast of a trout – at least 2 feet in length. Luca guided us to the spot, my husband cast, the beast rose slowly and lazily took a sip … alas, with no hookup. It was soon done with us, and Luca moved us on.

We arrived at a wide stretch above a spillway called the “University,” so named because the fish—older and wiser—are well schooled in the antics of anglers. These browns were active and ebullient, flipping in acrobatic leaps and splashes, with frequent and prolific rises looking like a passing shower over the river. As joyful as the fish were, they were also smart. Fishermen worked the water on the banks above and below, but all were coming up empty.

My husband was set free to probe the pools under the spillway, whereas Luca and I turned our attention to the waters above. With gentle and precise instruction, he resumed tweaking my cast until my presentation was consistently decent. I was grateful to simply savor the stunning location and the rhythm of casting with this kindhearted person at my side, but Luca wouldn’t hear it. The SPF was brought out. After a couple of unsuccessful drifts over a repeated riser, bam! A gorgeous brown took the fly – a 14 inch Professor! Brava, brava! Luca encouraged, as I brought him in and released him after brief admiration. Over the next few hours, I caught several more 8-12 inchers, likely the Professor’s students, on the SPF and with Luca’s guidance.

Though we had only planned on fishing until 5 pm, Luca enthusiastically stayed out with us on the river well past dark. In the end, we were casting blindly into the night, and still getting strikes. By the time we returned to our car at 9 pm, we were happy and satisfied – a fine day on a river reborn under Luca’s stewardship, a fine day of education at an Italian school for trout. 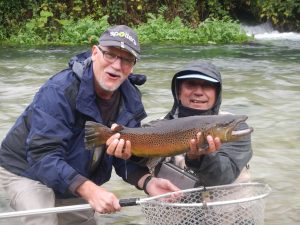 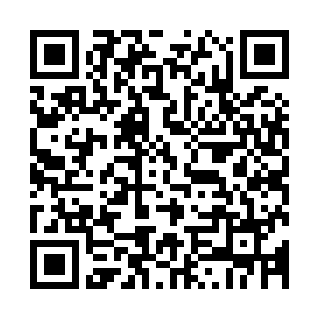